Do you like a drink but are afraid that it will interfere with your paleo diet? After all, there is no evidence that stone age man ever went to wine tastings or craft breweries.

Fortunately, there is an easy solution! Simply locate some rotting fruit, preferably from under the tree from which it fell, but a supermarket dumpster is an acceptable alternative. Blend it up in your NutriBullet with some quinoa, kale and pond scum (err, spirulina) and there you go, an alcoholic mixer fit for the primitive party goer. Cheers!

Posted by allrite at 6:03 PM No comments:

Email ThisBlogThis!Share to TwitterShare to FacebookShare to Pinterest
Labels: Food 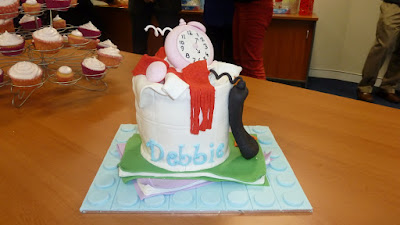 You are holding a birthday party. The guests have been generous with bringing food and gifts and now it's time for cake.


You are an evil socialist leaner

You slice the cake into equal portions and hand out a slice to each of the guests.

You are a conservative lifter

You give the cake to the richest guest (who happens also to be a mate from your private school), tell him to cut a quarter of the cake for you, keep as much as he likes for himself and sell any leftovers he doesn't want to the other guests.
Posted by allrite at 2:02 AM No comments:

The recent state election results in Queensland and Victoria demonstrate that Australians do not understand how a functional democracy works. In both cases a pro-business conservative government has been removed after only a single term.

Business needs certainty to operate. It is this lack of certainty and consistency that is the greatest weakness of a multi-party system of government where party policies are not similarly aligned.

Australians, and indeed all democracies, should turn to the marketplace for a better system of government. Instead of making policy based upon the vague popularity among the ill informed general populace it should instead be made based upon what corporations or people are willing to pay for it. In this way the democracy of the marketplace rewards success, for those who are most successful will have more funds to determine the policies that should be enacted.

Indeed the marketplace democracy is how many recent governments in Australia and overseas have been operating. We should not let the people dictate otherwise.
Posted by allrite at 2:47 AM No comments: